Listen to the sound of this harpsichord

Large concert harpsichord. Its range and disposition make it a versatile instrument although, of course, it excels in the French repertoire. The tone on the lower manual is flute-like; the upper manual is gently nasal yet, when both play together, the sound is rich and powerful. These features make it one of the most frequently requested instruments in my production.

The accurate copying of the original has allowed to recreate the sensibility and the quality of the tone of the harpsichords built by Henri Hemsch, well known for the excellence of his works.

Jean Henri Hemsch was born at Castenholz near Cologne on 21 February 1700. He emigrated to Paris around 1720 and soon after was admitted to the guild as a master; although a foreigner, he was chosen to be part of the jury of the guild in 1746. In 1767 Henri, who had never married, made a will; after his death, his whole activity was left to his nephew Jean Henri Moers, who had been at the head of the workshop for more than 15 years.

The original harpsichord is kept at the Museum of Fine Arts in Boston.

On request, I can supply soundboard paintings and outer and inner case decorations.

Sides of poplar and lime

Chromatics of fruitwood with bone caps 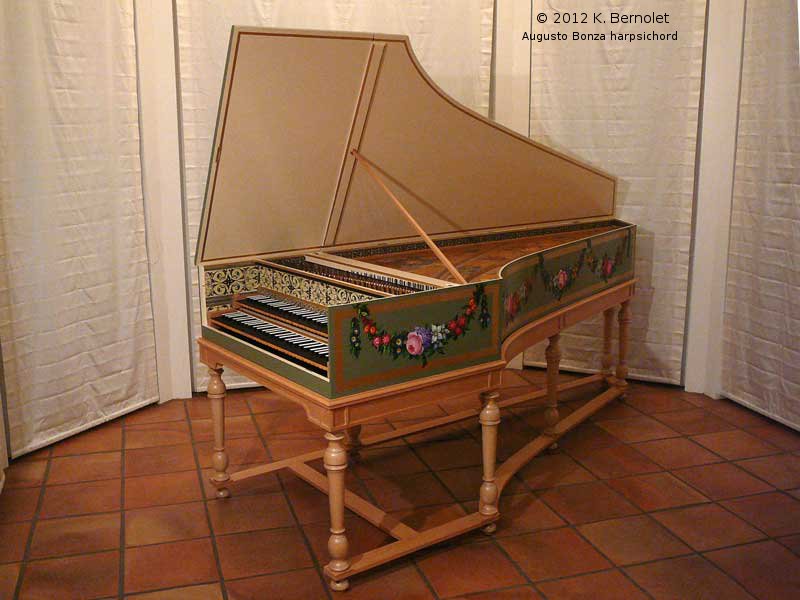 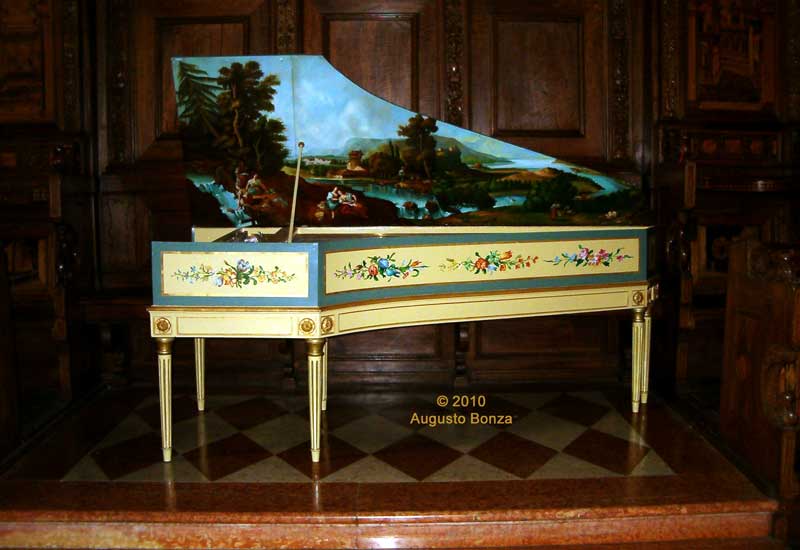 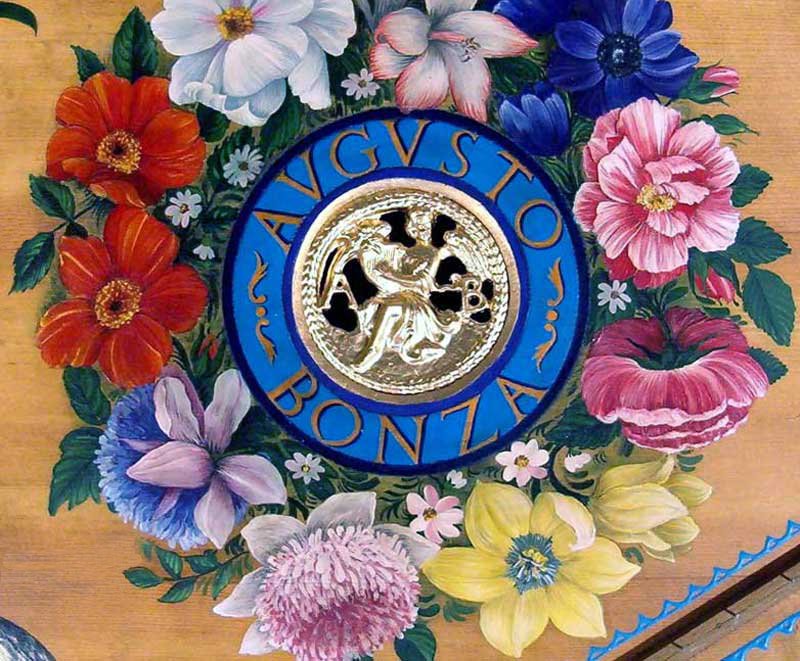